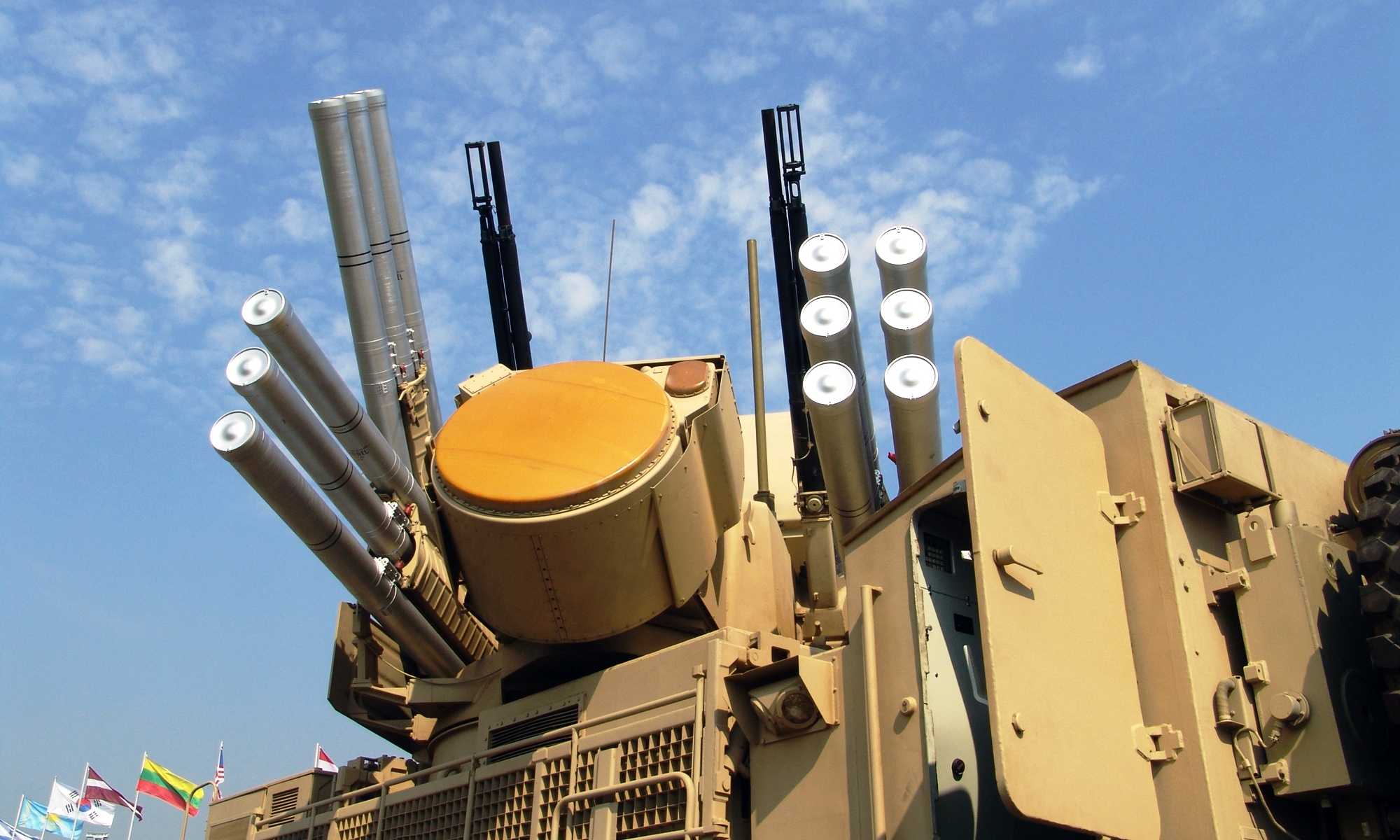 Air defense systems are a very important asset for every military. Without these things, an enemy can wreck havoc using its aircraft and missiles. When it comes to land based air defense systems, Russia has been the leader from the past few decades. They have Surface to Air Missile (SAM) systems in every shape and size for every possible terrain and scenario. Among them, the Pantsyr S1 stands out due to its unique combination of Anti-Aircraft (AA) guns and SAMs. This article examines the origins, capabilities and deployment of this power air defense system.

The Pantsyr S1 traces its roots back to the 1970s and 80s when the US started to rely on AH-64 helicopters and A-10 attack aircraft to destroy Soviet armoured formations. These aircraft relied on pop-up and low level attacks to attack armoured vehicles and would be able to escape safely before the Soviet SAMs managed to get a lock on them. The need for a quick reaction AA system which could destroy such aerial threats with minimum response time was needed.

This resulted in the development of the Tungushka tracked AD system which used a combination of 2 x 30 mm AA guns and 8 SAMs to accompany Soviet tanks into the battlefield. This system negated the effectiveness of the USAF attack aircraft and was capable of shooting them down with ease. The Tungushka was mass produced for the Soviet army and had export success as well. The Pantsyr is in fact a heavily upgraded Tungushka with better missiles, electronics and mounted on a wheeled chassis.

Technically speaking, the Pantsyr S1 is classified as a SPAAG-M ( Self Propelled Anti-Aircraft Gun – Missile) since it is mounted on a self-propelled platform, the Kamaz 8×8 truck and has both guns and missiles to engage its targets. It provides the high altitude, long-range engagement capability of SAMs combined with low-altitude short-range engagement capability of AA guns. It has 6 SAMs and dual 30 mm autocannon on each side of the turret for a total of 12 missiles and 4 guns.

It has a Passive Electronically Scanning Array (PESA) S-band target acquisition radar which scans mechanically to provide 360º coverage and an X-band fire control radar (FCR). They can search and track aerial targets over 50 km away and engage them at a distance of 20 km. The FCR can track 20 targets and engage 3 simultaeously and up to 12 targets can be engaged in a minute. It has a very advanced electro-optical and Infrared detection and target engagement system as well.

The 2 dual 30 mm guns can fire at a rate of 2500 rpm each for a combined rate of fire of 5000 rpm. Each gun has 750 rounds of high explosive (HE) fragmentation, tracer or armour-piercing (AP) ammunition for a total of 1500 rounds. The maximum engagement range of these guns is 4 km and can shoot down targets flying as low as a few meters. These guns also have the ability to engage surface targets up to 4 km with precision.

The 57E6 SAM is a two-stage solid rocket-propelled missile which has a range of 20 km. It travels at a speed of over Mach 2 and can engage targets up to an altitude of 15 km. The first stage booster provides initial acceleration and is separated after 2 seconds of flight. The second sustainer stage contains the warhead and guidance systems and is very agile. The warhead used is of the continuous rod type where the missile detonates near the target and releases a rapidly expanding cluster of metal rods which destroy the target with sheer kinetic energy. The missile is controlled using command guidance, which means that the fire control radar needs to continuously illuminate the target. In adverse jamming conditions, the passive IR and optical sensors can be used to guide the missile.

Recently, it was revealed that a naval variant of the Pantsyr is under development and will equip future Russian Navy warships. It will have 2 x 30 mm 6 barreled Gatling guns and 8 ready to fire SAMs. These SAMs can be reloaded from an under-deck magazine of 32 missiles. These systems will act as a combined gun-missile close in weapons system (CIWS) for defense against cruise missiles. The Gatling guns will have a combined rate of fire of over 10,000 rounds per minute fed by an under-deck magazine housing more than 4000 rounds. It may not have a target acquisition radar and depend on the ship’s primary radars for the purpose.

A typical Pantsyr battery consists of 6 firing units, control post, transporting-loading and maintenance vehicles. They can be supplemented by the 1RL-123E long range air search radar which can provide early warning to the entire battery. This radar can detect a 1 m² RCS target (fighter jets) at over 130 km and a 0.1 m² target (cruise missiles) at 30 km. A single battery can provide protection for stationary or moving assets of high value.

At present, Russia deploys a battery of Pantsyr S1 with every battery of S400 SAM systems to protect them from drone, anti-radiation missile (ARM) and precision guided munition (PGM) attacks. They are said to be capable of intercepting the latest western missiles and munitions like Taurus, Storm Shadow, JSOW and AGM-88 HARM.  Each of these batteries can be networked to provide dense AD coverage against any hostile aircraft or missiles. The Pantsyr S1 can be deployed as a single autonomous unit as well, to provide point defense for assets like bridges and command centers. The tracked variants will be used to supplement Tungushkas in their armoured column protection duty.

Modified version of Pantsyr S1 is under development for the freezing temperatures and harsh conditions and terrain of the Arctic. Icing of machinery is the main problem which will be rectified. Russia will deploy multiple batteries of modified tracked variants of Pantsyr to defend their bases in the Arctic. The tracked variant will be widely deployed there due to its increased mobility compared to the wheeled variant.

The Pantsyr has great export potential and as of now 9 countries operate it. The UAE received 50 these systems mounted on German MAN 8×8 trucks. Syria, Iraq, Jordan have ordered 50, Algeria 38, Oman and Iran around 10 systems. Brazil is set to place on order for 18 systems to provide air defense at the 2016 Olympics. Countries like Vietnam and India are seen as potential operators.

Enjoyed reading the article ? Do rate it below.