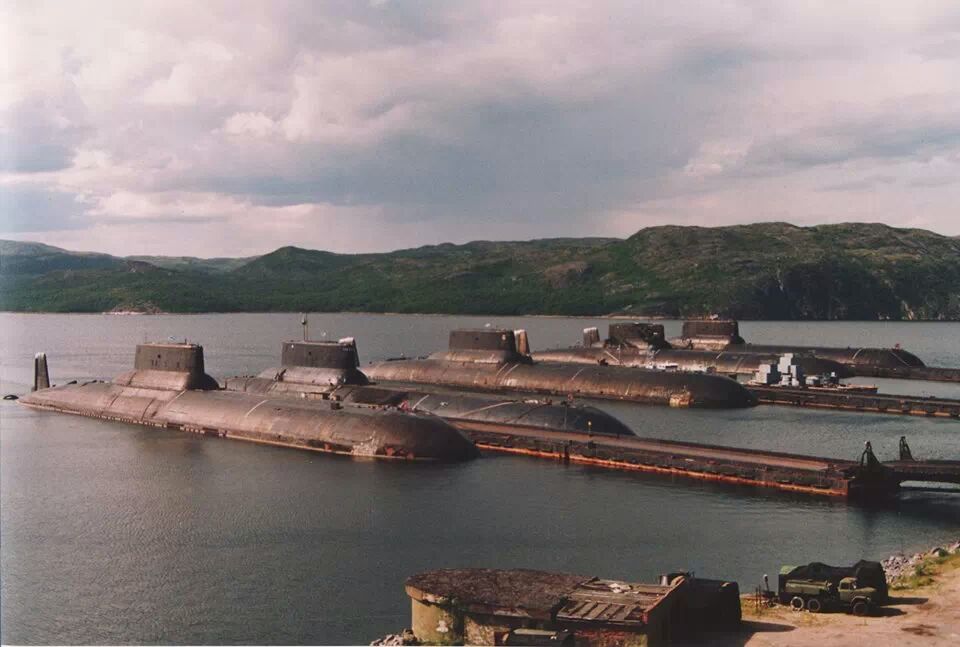 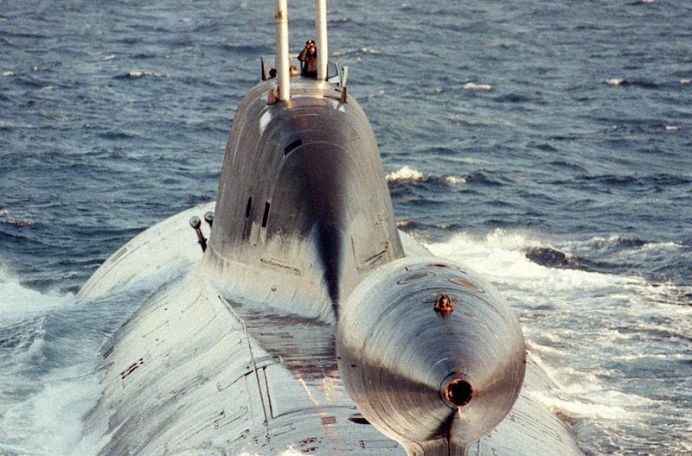 I’ll now tell you about submarines which can stay submerged for months at a time, carry enough nuclear weapons to destroy a continent , and have an unlimited range which enables them to travel for more than a decade before they need refueling. All these abilities make them extremely dangerous in modern warfare. They are , the nuclear powered submarines.

Nuclear subs are powered by a nuclear reactor which is modified for use in a confined, underwater environment. These nuclear reactors produce heat, which in turn produces steam ,which works on the steam turbines and turns a shaft. This shaft is connected to the propeller as well as a generator which recharges the battery for on board use. This nuclear reactor gives them an unlimited range, and the ability to stay under water for months without surfacing.  On-board oxygen generating systems and a large supply of food and water gives them a realistic 90 days of continuous underwater time before they need to be re-supplied.

Nuclear subs are a nightmare for ASW assets,  because they can dive to depths of over 600 m and travel at a speed of 30-35 knots submerged. This gives them a huge advantage over diesels. I’ll give you a simple analogy with cars to compare the two kinds of subs. The Diesel-Electric subs are like a Hatchback, many can afford it , easy to operate, low costs and less powerful on the road. The Nuclear sub is like a Hummer, very few can afford , high cost , extremely powerful and can make a statement with just it’s appearance . That’s why only 6 countries in the world operate nuclear subs and almost 50 countries operate diesel subs.

The SSN is the unseen king of the oceans. It is a high-speed nuclear submarine designed to attack other ships, submarines and land targets using a mix of cruise missiles and torpedoes.

These hunter-killers usually form a part of a Carrier Battle group or operate alone. Their large endurance, range and speed help in attacking other subs and surface ships. Countries like USA, Russia , China , UK,  France manufacture their own nuclear attack subs. The presence of these subs is so powerful that during the Falklands war the Argentines withdrew their entire navy from combat after their ship General Belgrano was sunk by a British Nuclear sub.

The American Los Angeles class subs have been fitted with a vertical launch system for firing cruise missiles. Cruise missiles are usually fired from the torpedo tubes .

The only other country to operate a nuclear attack sub apart from the mentioned countries is India, which leased an Akula class from Russia as the sale of nuclear submarines is prohibited by international law.

The SSBN is the mythical underwater monster which always stays at a great depth and almost never seen to anyone. Because it’s mission is to stay hidden and fire nuclear tipped ballistic missiles in case of a nuclear war. If an SSBN ever has to fire its missiles in actual combat, it would mean World War 3. 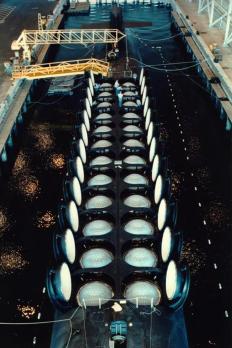 The missile tubes of an Ohio Class submarine

The same countries which operate SSNs also operate SSBNs. These are extremely large subs when compared to attack subs. The smallest SSBN is almost the size of the largest SSN. Russia built the Typhoon class, which is the largest submarine in the world and will remain so for decades to come.

To detect these submarines and destroy them is a Herculean task. They carry powerful sonar and will probably detect you before you detect them. Their great diving depths and superior speed make hunting them extremely difficult.

But one disadvantage is that nuclear reactors make a certain amount of noise by default when they are running and you can never make a nuclear sub stop dead in the water with its reactors turned off. The reactors are always online. So advanced sound suppression techniques are used to reduce the acoustic signature of the submarine.

In my next post ,I will deal with assets used in detection of the submarines which I have introduced in my first 3 posts.